How To Get A Building Permit For A Metal Carport Depot

Building a metal carport depot may seem like a relatively easy task, as many people assume all that’s needed are the parts and labor. However, this isn’t true as you’ll also need to apply for various permits, such as a building permit, and potentially need planning permission. This is something that many people may become overwhelmed by, as there are a variety of forms that you may need to fill out, which is exacerbated by how confusing these documents may be.

Naturally, we’ll all want to avoid any mistakes when planning and installing our metal carport depot. With that in mind, there are a few things you should at when applying for your building permit. It should be noted, though, that certain requirements and forms may differ from state to state, and even from county to county. As such, you may need to speak with a local government official about what you need; when doing so, you’ll also be able to receive the forms you have to fill out to apply.

What You Need To Submit

Many people may be confused as to what they need to include when applying for a building permit. Outside of the application form itself, what you should submit to the relevant authorities is relatively straightforward. In general, you’ll need to include four sets of your construction drawings, with these typically being your Site, Architectural and Structural plans. In many cases, if the carport depot is being built on a slope that exceeds 20%, then you may also need to include a geotechnical report that has been created by an engineering professional registered in the state.

If the construction of the metal carport depot involves a significant amount of ground disturbing activity, then you’ll also need to include an erosion control plan with your application. This means that you’ll also need to install erosion control measures in your depot, which is something that many people may forget to include. Lastly, you may also need to attach a mitigation or stormwater plan form, although this will only be the case if the building has an impervious area of 500 square feet or more.

There are also a variety of fees that are associated with the application process, although this can vary significantly from state to state. Where you’ve located also dictates which forms you’ll need to include during the process, which means that you’ll need to research what you’ll need in your specific area.

Trying to get each of the above done can be quite overwhelming for many of us, which is often the most prominent reason why mistakes occur during the application process. However, much of this can be avoided by hiring a high-quality construction company, who will have a considerable amount of experience with obtaining building permits. Though this means that you’ll need to pay a little bit more for their time, it means that you’ll avoid any mistakes that may delay the project, as well as lead to a considerable amount of fees or fines.

What Happens If You Don’t Get A Permit

There can be a variety of consequences should you not get a building permit for your carport. While many people will know the obvious drawback of receiving fines if the authorities may not find out, there are a few that you may find surprising. The first of these is the fact that authorities may shut down the project while it’s still under construction before forcing you to apply for permission afterward. Should this be the case, many people may face application fees of double or triple the amount that they would otherwise have had to pay.

Should the carport already be constructed without a permit, then you run the risk of having it torn down, which is naturally something that you’ll want to avoid. Because of that, it’s not worth the risk of building the depot without first obtaining a permit. Should a contractor suggest that you skip this step, you should consider it a red flag and begin looking for another professional to work with.

Steps To Take When Installing A Carport

As we mentioned above, the exact requirements of the application, which makes speaking with a local official much more vital. Once you’ve sent in your forms, you’ll then need to wait for approval before any work begins. The amount of time that you’ll need to wait can vary drastically, depending on how many applications have been received by the relevant department. While you may see a relatively short wait, it may take several weeks to hear back. Once you receive approval, you’ll then be able to build your metal carport depot.

It should also be noted that your application may be rejected, which could be for a variety of reasons. Should you receive this rejection letter, it should explain why you haven’t received approval and how this can be addressed. This means that to go further with your build, you’ll first need to take care of these issues before undergoing the application process again. It also means that you should wait to hear back from the relevant authorities before scheduling any work to be done, as the majority of installation companies may refuse to begin working without the permit. Because of that, you’ll be able to save a significant amount of time, and possibly even money, by waiting for approval before making an appointment.

In the majority of cases, contractors will work with you to help with the process, which can save you a considerable amount of hassle. This is primarily because they’ll know the process extensively and will be able to navigate the permit application process quite quickly and with relative ease. Because of that, it’s recommended that hire such a company at the start of the process; while this may cost a little bit of extra money, it can reap dividends in avoiding any mistakes, as well as their potential fees.

Once the carport has been built, you may need to have an inspector come to the site, which can often be just a formality. In many cases, they’ll primarily check to ensure that the work has been carried out as you had highlighted in your initial permit application. Should the work not be carried out as was initially planned, you may be required to have more work done or risk facing a variety of fines.

Who Arranges For The Permit?

In the majority of cases, it’s customary for the contractor you hire to arrange for the permit, with this primarily being because they’ve been through the process before and know how to navigate it. There’s also the fact that many authorities believe that the person who applies for the permit are the ones who are in charge of the construction of the building, regardless of whether or not this is the case. With that in mind, it may be much simpler, and time-effective, if the company that you hire for the project take care of the application.

However, it’s also worth mentioning that, if you’ve hired a company that charges by the hour, then it may work to your advantage to obtain the permit yourself. This is primarily because it can take a significant amount of time to fill out each of the forms and get the necessary paperwork. That being said, this is something that’s best determined case-by-case, as the overall scope and complexity of the project can play a large role in how long this takes. Similar to many other construction projects, you should invest the time and energy into researching everything you’ll need to begin the project. This should then inform how you want to proceed going forward, as you’ll be able to determine the best course of action for you and your premises.

By following each of the steps above, and including any appropriate documentation, you should avoid any costly mistakes when building your metal carport. If you’re working with a high-quality installation expert, they’ll be able to inform you about the steps that need to be taken throughout the process. This is primarily because they’ll have your best interests in mind, as well as their own. However, it’s worth being informed about what you’ll be expected to do before any work begins, as you may have to handle much of the documentation yourself. 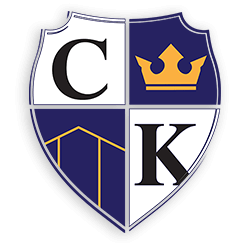